Introductions: Are the Services Humans Reap from Ecosystems intimately bound to their biodiversity?

In going about our daily activities, there are many services that an individual uses. Map out a day in your life, and list the activities and the items you use, consume, etc. Try to identify who or what the provider of all of those items was. In as many instances as possible, identify the payment made for the use of those services?

How well do you know your Potatoes? Potatoes, also sometimes referred to as a spud, tater, or tuber. Without question, taters are an outstanding 'feel good' food, in terms of value for the price. Taters contain several vitamins that are stored throughout the host material, starch. Starch molecules are energy reserves, and when we eat potatoes, the starch is broken down in our bodies into energy forms (glucose molecules) that, in turn, the cells of our bodies 'eat' (eg. metabolize), and the vitamins are also used. Healthy potatoes can be consumed raw, but those that appear green have been exposed to sunlight and are producing molecules that are toxic that do not decompose through cooking - Green spuds should not be eaten.

Historical Learnings The i2P Peru Youth Ambassadors will discuss the role of potato species diversity in the Paucartambo region. The i2P Peru Youth Ambassadors will also discuss the underlying science regarding the lack of potato biodiversity and how that was a factor in the Great Famine in the years 1845 - 1852, Ireland. During that period, the population of Ireland decreased by ~20%, and this event dramatically influenced societal and political aspects of the lives of the people who stayed in Ireland and those who emigrated. This is an example of a complex case to study. However, by working with your peers in your class, together you can each investigate various issues relevant to this case and by reporting out your learnings to your peers, together you may realize a more comprehensive understanding of the Great Famine, Ireland. Your class may also develop a deeper understanding of why and how humans are critically dependent on the wealth of our planet's biodiversity. Are you ready to investigate for yourself the validity of the previous sentence?

Nov 6: Quinine, An Example of a Gift from Nature for Medicinal Purposes

Several hundred years ago, in the years 1561 to 1642, Eurpoean explorers in the region of Peru observed Quechua peoples using the bark of the Cinchona pubescens shrub for medicinal purposes. Extracts of the bark, when consumed as a liquid, minimized shivering during periods of cold nights, and thus preserved heat in the individual. The extract has since been concluded as acting as a muscle relaxant. The same bark extract, was later found to be effective against malaria, and one of the components in the extract was the molecule called quinine which was shown to be an effective treatment for malaria. Malaria infection, commences with an infected mosquito transferring a parasite into a human through the action of a inserting its proboscis through the skin of a human. The accidental discovery of quinine as an anti-malarial compound is an example of how a part of an organism, in this example a bark of a tree, contained molecules having medicinal value for humans. Stated differently, this is also an example of how a tree's bark having medicinal value was found by accident, and it is an example of serendipity.

To gain a better appreciation of this process, we encourage you to perform the following experiment with your peers and you teacher at school, or your parents at home. Boil a volume of water sufficient to make several cups (~500 mL), identify a type of tea, and prepare to make a tea. Ideally this should be done using tea leaves that are not fine and are not in a filter. First pour in the hot water, add the tea leaves. In a separate cup, add only cold water, add the tea leaves. Make observations. Lastly, when the temperature of the water has cooled, taste the 'liquid' in both cups. Record your taste sensations. What can you say about the use of hot or cold water to 'help move molecules' into the water (this process is called extraction in science literature)? If you have lots of time, leave a portion of the liquid in a cup until all water has evaporated, what is left behind in the cup?

The Coca plant produces an alkaloid, a molecule called cocaine, in its leaves. Coca leaves, have been chewed, without chemical purification or enrichment, by indigenous and local peoples for thousands of years. What are the perceived (social, traditional), and real (medicinally proven), health benefits of chewing coca leaves?

In stark contrast, and from the perspective of the coca plant itself, the coca plant has evolved to thrive in a rainforest where there are lots & lots & lots & lots (...) of bugs (if in doubt, check back in when the Youth Ambassador are reporting out the bug populations in Manu National Park, Peru), many of which may be threats to the coca plant. While you can run away (sometimes not fast enough, or into another 'patch' of bugs, think mosquitos), a plant cannot run from an infestation of bugs looking to feast on it! The coca plant, as do many other plants, evolved and survived because they developed ways to 'shield' themselves from 'predators'- the coca plant is believed to produce one type of compound, named cocaine, because for the plant, the cocaine acts as an insecticide. Plants and organisms produce many such compounds, some of which are used to interact with others. Ascertain the factual correctness of statements in this paragraph, and then discuss why plants and organisms would make such molecules.

Water purification is a tremendously valuable service of healthy ecosystems. Investigate where and how water by ecosystems takes place. Are there common criteria across different ecosystems for effective water purification? Compare the one-time cost to purchase the land in an ecosystem in a location near your school with the annual cost of using human technology used in to purify water. What is the annual cost of treating ocean water for the purpose of human consumption?

Water purification and recycling by an ecosystem is an important service. How does a healthy ecosystem function to recycle water, and in doing so, purify the water? Devise an experiment to illustrate the purification of water by an ecosystem - first assemble a trough with a plastic container positioned to capture any materials leaving the trough - pour 100 mL of water onto the top of the trough and in doing so, imagine that this is precipitation - now add some soil and repeat the addition of water, what happens to the soil? How can you use products from the ecosystem that are available in your school grounds to build a support system that functions to retain the soil on the trough, and thus mimic what happens in nature in a healthy ecosystem?

How many years does it take for a mahogany tree to mature? What is the size of a single mahogany tree? What is Mahogany wood worth, at each step of - at the site of it being cut down, at a wood-mill, and in an end-sales-shop? Discuss the many steps in the path of a tree from seed to mature to being used by humans as an ecosystem provisioning service. What is the value and the ecosystem service provided by the tree are each stage that you have identified?

Nov 11: The Mosquito - that lovely little creature, ya right!

The Youth Ambassadors will be reporting out their 'collection' of mosquitos per night. Mosquitos themselves are not exactly invited to the 'party'.

In terms of perception, how many adverse effects do humans perceive regarding mosquitos?

Regardless of human perceptions, what are the positive and negative effects that mosquitos have on ecosystems?

- How can we best estimate the population of mosquitos? The Youth Ambassadors are going to be reporting the number of mosquitos 'collected' per night in our one and only trap. What we do not know is how far the average type of mosquito in the area flies, but it is expected to be in the range from 20 to 1000 m (in radius). We also do not know the efficiency with which the 'trap' functions. The efficiency could vary between ~0.000001 to 0.1 percent - is there experimental evidence to help you? Interestingly enough, estimation of the actual mosquito population is only a 'step' in estimating the importance of their ecosystem function, which science believes is as a food source. It is believed that of all mosquito eggs laid, 90% are consumed in the pupae stage of their development (mostly by fish!). Given this information, and using in addition the surface area of the Amazon Rainforest, can you estimate the total mass of mosquitos pupae (which of course are themselves consumed by organisms higher in the food chain) that are 'serving themselves' in the context of an ecosystem, in that region? In preparing your estimate, list (identify) any assumptions made in your calculation. Regardless of your assumptions, discuss the human perceptions of mosquitos versus their ecosystem function.

What is the worth of 1 kg of gold? If each member of your classroom were given 1 kilogram of pure gold, how would each of you spend, invest, or save the value of that gold?

Did any anyone in your class invest in ecosystems services, why or why not?

Imagine yourself being transported through time to the period of the Jurassic, from 201 to 140 million years ago, OR to the origins of this planet, and taking with you an immense wealth in terms of the total mass of gold you take with you. In the environment of the Jurassic period, or of this planet's formation, what might have been the living environment and would gold have assisted you in surviving? In the same context, does gold help you survive? Why do humans value gold? 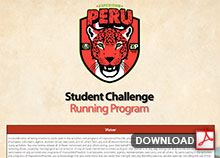