On long runs it is imperative to fuel yourself from start to finish. Glycogen is what our bodies use to produce energy. Unfortunately, we are only capable of storing about 2 hours worth of it so on long runs we need to consume calories as we go to replenish the stored energy that we are burning. In a 100 mile race I try to consume between 300 to 400 calories per hour.

We need to stay hydrated before, during and after a long run.

When running long distances, especially in hot environments, our bodies sweat to help us stay cool. When we sweat we lose important electrolytes such as sodium and potassium. Running low on these electrolytes can cause serious problems such as cramping, heat exhaustion, and hyponatremia. One of the best ways to stay on top of our fuel, hydration and electrolyte needs during a long training run or competition is to ingest a sports drink such as Gatorade.

Standing at the start line of a 100 mile ultra-marathon trying to fathom how far you have to run can be a little intimidating. Instead, I try not to think about how far it is to the finish line, and break the race down into more manageable segments. I focus on getting to the next aid station or the next check point. In the 135 mile Badwater Ultramarathon in Death Valley, California, I hit a really bad stretch just past the 100 mile mark. I could see the finish area on Mount Whitney about 30 miles ahead, and after running for hours it never seemed to get any closer. I finally forced myself to stop looking up at the mountain and instead I focused on the little posts sticking up on the side of the road that were spaced about every 50 meters. I would run three of them and walk one. That became much more manageable and really helped me get through a very difficult part of that race.

6) Have a backup plan

In my experience, most long ultra-runs do not go exactly as planned. It is a really good idea to have a plan B and C in case your plan A doesn't work out. For example, you might be entered into a 100 mile race with a goal of finishing the event in under 24 hours. At the halfway point if you are having a hard time it may become fairly obvious that you will not crack 24 hours on this day. It can be very difficult to stay motivated when you know that no matter what you do you are going to fall short of your original goal. Having a plan B that may still be achievable, such as running a personal best time for 100 miles, or a plan C to simply finish under the 30 hour cutoff time, will help alleviate the mental difficulties if problems arise.

5) Finish what you start

It's simple but it works. If you go into a long race with the perspective that if everything goes perfect you should be able to finish, then chances are when some little problem arises you will quit. If, alternatively, you go into the race with the attitude of "finish what you start," you will likely find a way to keep going when things go a little sideways.

hen I first started running ultra-marathons I thought that the further I ran the more tired I would become. After running a few long races, however, I learned that you go through peaks and valleys. I found that in some races I would feel terrible at say, mile 35, and think that it was going to be a long tough slog to the finish. To my surprise a few miles later I would often bounce back and begin to feel far better during the following portion of the race. At the Eagle 100 mile race in Penticton, British Columbia I remember feeling horrible after approximately 40 miles, but oddly good at mile 70. So remember if you begin to feel bad in the early stages of a long race, to hang in there as the situation will probably improve. And if not look at the bright side, it probably can't get much worse?

If you show weakness in a long tough race it will give the competitor next to you strength. If he sees you suffering and whining he will feel he can take advantage of your vulnerable situation.

We are all capable of doing extraordinary things. Our bodies can do amazing things, if only our minds will allow us to. When runners get to the point where they feel that they cannot go another step, it is their minds telling them to quit. In most cases, their bodies are capable of continuing. We have to believe we can do it, and subsequently ignore the voice in our head screaming at us to stop. It is only once we understand this that we can truly reach our full potential as long distance runners.

This is, in my opinion the most important tip on the list and why it is #1. I feel preparing specifically for the course, climate and terrain you will be facing is key to having a successful race. If I will be running in the heat, I train for heat. If I will be running a hilly race in the mountains, I run hill repeats and my long runs in the mountains. If the race requires you to run with a pack, I train with a pack. The Marathon de Sables in Morocco is a 150 mile stage race in the Sahara Dessert that requires every athlete to carry their own gear and food in a pack. I wore my pack every training run for the final 2 month of my training with 20 to 30 lbs. inside to prepare my body for the weight. I also ran on a treadmill in a sauna to prepare for the heat. 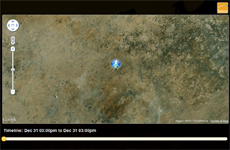